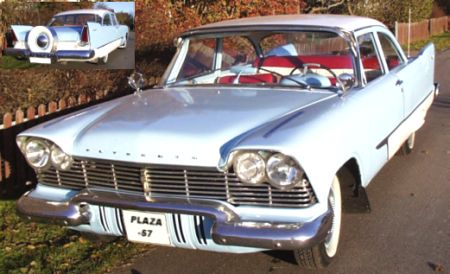 "It would be nice to see links to the following sites!"

Above is Layne van Smaalen's 1969 Valiant VF.  It's the Australian version of the Dodge Dart.  I have no additional details at this time.

"I have a 69 Dart convertible as well - it's Plum Crazy, has a white top and the 340 4 barrel GTS hood, and is Right Hand Drive. Pretty well all cars here in Australia have to be RHD before you can register them.  Unlike yours it was in a fairly butchered state when I bought it for US$1,000 back in '94.  It appears to have been a similar green to yours originally, but a bit brighter. Since none of the paint matched on any two panels, I repainted it Plum Crazy. I know it's not a paint option for 69 but it's a great colour!"

"It was originally a slant 6, but when I converted it to RHD I bought a local Valiant 69 sedan as a donor car for the RHD K frame and fittings.  This car already had a 273 in it. It was a bit tired, so I've just slotted in a brand new 360, built from NOS heads, crank and block sourced from Chrysler dealers spare parts around Melbourne. Has a Holley 600 with vacuum secondaries and goes like a rocket now! I drive it to work every day and it's great fun - something not many new cars are.  A small pic is attached. I'll send over some others if you're interested."

"I also have a very worn out Superbird just arrived. This I'll probably be able to leave LHD after Jan 2000 when the laws change. It'll take at least till then to put all the pieces back together"

PS My own website is http://world.net/~dunkfry . Apart from stories of
life on the road with bands, there are quite a few car ones too. 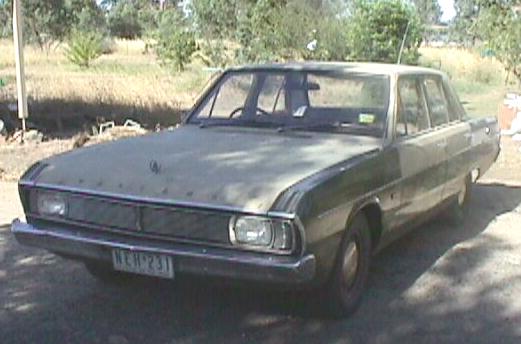 Cameron Williams (who didn't mention his location, but I think he's from Australia) writes about his 1970 VG Valiant 4 door:

"It has a stock 245 Hemi and 3 speed manual.  It goes pretty hard in stock form but im always puttin me foot through the floor :-(
Next up is new paint, floorpan, gearbox and engine modifications."

Cameron can be reached at [email protected]

Some details from my car: 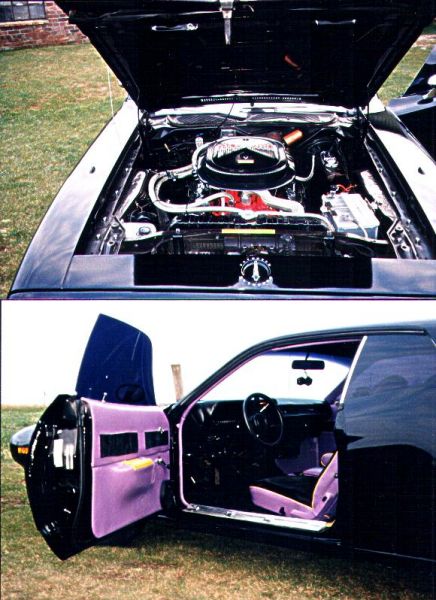 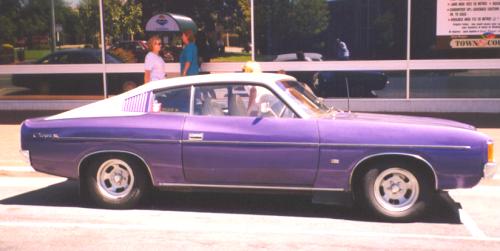 From Melbourne, Australia, Robert writes about his former 1975 Dodge Charger...

"...I'm Robert from Mitcham, Melbourne Australia. The car attached
was my 1975 Charger, Original Plum Crazy, 265 Hemi (six), auto. Pretty
much standard except for exhaust and headers. Unfortunately had to sell
because of buying house etc etc." 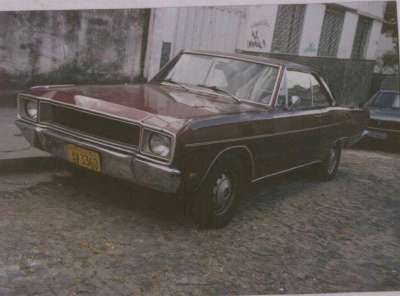 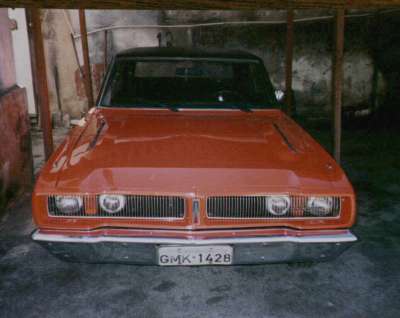 If the cars don't look familiar, it's because Fernando, his friend, and their cars are from Brazil.  The basic style of the American second generation Darts was in use for a number of years after they were discontinued in this country.  Note the hoods and bumpers on the '76 Dart.  They're very similar (perhaps identical) to those on the American 1967 to 1969 Darts.  The hood style on the '77 Charger is very similar to the "GTS hood" used on the 1968 and 1969 American made Dart GTS's.