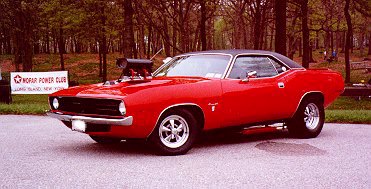 The car pictured above is a slightly modified 1970 Plymouth Barracuda Gran Coupe owned by Frank Fauci, the founder of the MOPAR Power Club of Long Island (the biggest all MOPAR club on Long Island!). It has a 1972 400 Magnum engine, bored to 415 C.I.D., a Dyers 671 Supercharger, 2 four barrel carburetors, twin 125 horsepower NOS plates, 727B Torqueflite automatic transmission and 8 3/4" 3.55:1 Suregrip rear. It's never been run at the dragstrip, but you've got to see and hear it to believe it. It's got to be incredibly fast! 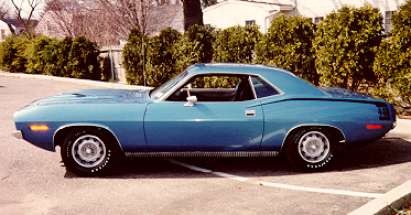 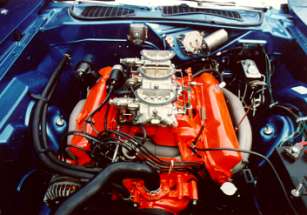 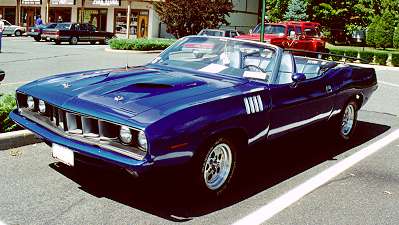 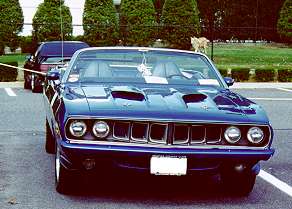 Featured above is Dave S's. awesome modified 1971 Plymouth Barracuda convertible -now equipped with a 340 4spd., pistol grip, 8 3/4 rear with 3.23:1 gears and "Sure-Grip". Dave built this car with the previous owner in 1989 and "will own this car until he dies". Anyone interested in contacting Dave can do so at [email protected] 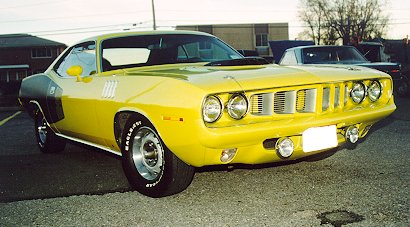 Pete writes "I have owned the car for 8 years, since March of 1991. It is originally from
California. It went to Vermont, Connecticut, and finally to NY.  The body, interior and drive train were all redone just before I bought the car, I only had to do some detailing and minor fixing up. I showed the car the first four or five years, now I basically just drive and enjoy it!! It turns heads everywhere because of the Curious Yellow, Shaker Hood, Billboards, and Gilled fenders."

Check out some Peter's other fine MOPARs...